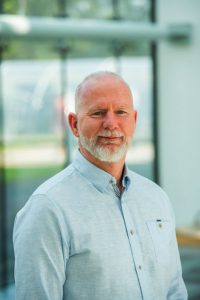 Kevin Doyle served in the Royal Air Force for 37 years as an Aircraft Weapons Engineer and was privileged to reach the rank of Warrant Officer. He served in support of many Air Operations in Saudi Arabia, Turkey, Italy and Afghanistan, as well as other exercises around the world. Kevin left the Royal Air Force in 2016 and was recruited into Sage Foundation as its first Military Programme Manager.

Since then, Kevin has worked on a variety of initiatives supporting the transition of veterans into civilian life.

Thanks to his efforts, Sage received the Gold Award under the Employer Recognition Scheme of the Armed Forces Covenant.

As Sage Foundation Channel Manager, Kevin now has responsibility for programmes that increase opportunities for young people, women and military veterans, through innovation, education, workforce development and exposure to entrepreneurship.

We use cookies to ensure that we give you the best experience on our website. If you continue to use this site we will assume that you are happy with it.OkPrivacy Policy